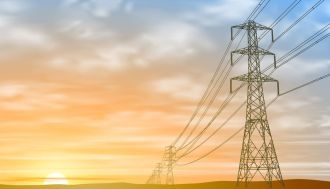 Baltic Institute of Corporate Governance (BICG) has sent an open letter to the Speaker of the Latvian Parliament and to the Latvian Prime Minister, expressing concern regarding sudden changes in the composition of the Supervisory Board of state controlled company Latvenergo, the largest and most valuable company in Latvia.

Taking into consideration the significant impact Latvenergo has on the Latvian economy and national security as well as the best interests of the general public, BICG emphasised that it is not acceptable when an independent Supervisory Board is dismissed without any reasonable argument, before the end of the term of office. BICG noted that it is also not acceptable when new members of the Supervisory Board are appointed without a transparent selection process, in conflict to the good corporate governance principles and recommendations of the Organisation for Economic Co-operation and Development (OECD) as well as national legislation.

BICG noted that such a decision by the Latvian Minister of Economics and the State Secretary of the Ministry of Economics, which is the sole shareholder of Latvenergo, indicates an undue political intervention by selecting appointees for the new Supervisory Board; and that such a practice is contrary to both the OECD standards and the overall goals of the reform on governance of state owned companies in Latvia.

The open letter invites the Speaker of the Latvian Parliament and the Latvian Prime Minister to request an explanation from the Minister of Economics and to clarify the real interests behind such a decision. BICG has also called for appointing a new professional and independent Supervisory Board in a reasonable, transparent process as soon as possible.