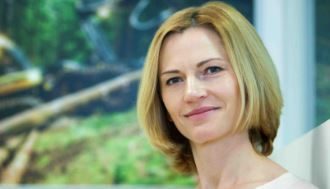 On June 11th, the Board of the Baltic Institute of Corporate Governance (BICG) elected Lina Kapčinskienė as the Chair of the Board for the upcoming year.

Ms Kapčinskienė is the Managing director and Chair of the Management Board at Baltic Agro Machinery UAB, and has been an active ambassador of the BICG initiatives for over a decade.

“Knowing the difference the BICG has made in advancing good governance practices in the Baltics, I am looking forward to making sure that we both safeguard these achievements and build on them for further improvements. I am proud of the BICG mission and the vision we are heading towards. The Board of the BICG works according to the best professional standards and that’s what we all want to see in private and state-owned enterprises. It is a true honor and responsibility to take over the position of the Chair,” says Ms Kapčinskienė.

She is taking over from Daiga Auziņa-Melalksne the Head of Nasdaq Baltic Exchanges, who has stepped down after serving as the Chair of the Board since 2016, and now remains a member of the Board.

One of the first alumni of the BICG, Ms Kapčinskienė is serving on the BICG Board since 2019. Previously, she served on the BICG Nomination Committee between 2013 and 2016.

For many years, she has also been active in such organizations as Junior Chamber International (JCI), the Finnish-Lithuanian Chamber of Commerce (FLCC), the Association of Responsible Business Companies in Lithuania (LAVA) and the association ‘Lyderė’ for promoting women’s leadership and career striving.

Board of the BICG is appointed by the members of the BICG at the Annual General Meeting (AGM), and establishes the strategies, goals and business procedures for the association.

Members of the Board elect the Chair in their first meeting held after the AGM.

More information about all of the BICG Board members can be found online here.

BICG is the competence center for creating well-governed businesses and stronger economies in the Baltics. It is an association working to ensure that private and state-owned companies are governed competently, transparently, with a high standard of accountability and are successful long-term. It is achieved through policy advocacy, best practice recommendations, education programs and other initiatives.

This website uses cookies to improve your experience while you navigate through the website. Out of these, the cookies that are categorized as necessary are stored on your browser as they are essential for the working of basic functionalities of the website. We also use third-party cookies that help us analyze and understand how you use this website. These cookies will be stored in your browser only with your consent. You also have the option to opt-out of these cookies. But opting out of some of these cookies may affect your browsing experience.
Necessary Always Enabled

Any cookies that may not be particularly necessary for the website to function and is used specifically to collect user personal data via analytics, ads, other embedded contents are termed as non-necessary cookies. It is mandatory to procure user consent prior to running these cookies on your website.