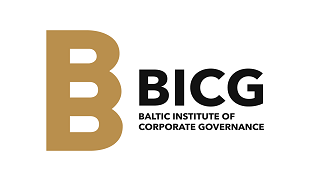 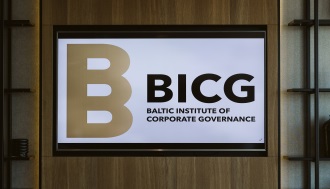 Taking into account the questionable practices and results of appointing the new CEO and other Management Board members at the Latvian State Forests (LSF), Baltic Institute of Corporate Governance (BICG) has decided to expel the company as a corporate member.

The respective decision was made by the BICG Board on Thursday.

Two individual members of the BICG, who are serving on the company’s Supervisory Board and held decision-making positions in the process, were also expelled.

Having participated in the Nomination Committee established by the Supervisory Board of LSF for the selection of the new CEO and the rest of the Management Board, BICG has already publicly raised questions if an appropriate process was conducted.

Among issues related to the appointment and noted by the BICG Board were whether a selected candidate is complying with crucial requirements for the position.

Given concerns already publicly expressed about the process, Prime Minister of Latvia has tasked the Cross-Sectoral Coordination Centre to assess the practices used in the nomination processes, including a selection of new management at LSF.

At the same time, BICG is inviting to start broader public consultations for improving the nomination process of Management and Supervisory Board members in the Baltic state-controlled companies, including the possibility for independent members to have collective veto rights as well as legal rights to publicly comment on the selection process, updating the approach to defining qualification requirements for candidates, competence and role of headhunters, etc.

All members of the BICG are subject to the Code of Ethics, which calls for integrity, transparency and accountability.

This website uses cookies to improve your experience while you navigate through the website. Out of these, the cookies that are categorized as necessary are stored on your browser as they are essential for the working of basic functionalities of the website. We also use third-party cookies that help us analyze and understand how you use this website. These cookies will be stored in your browser only with your consent. You also have the option to opt-out of these cookies. But opting out of some of these cookies may affect your browsing experience.
Necessary Always Enabled
Necessary cookies are absolutely essential for the website to function properly. This category only includes cookies that ensures basic functionalities and security features of the website. These cookies do not store any personal information.
Non-necessary
Any cookies that may not be particularly necessary for the website to function and is used specifically to collect user personal data via analytics, ads, other embedded contents are termed as non-necessary cookies. It is mandatory to procure user consent prior to running these cookies on your website.
SAVE & ACCEPT