Decisions of the Annual General Meeting 2021 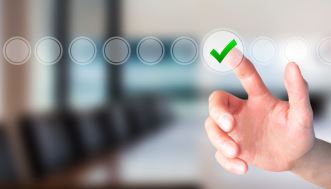 Because of the ongoing quarantine measures in the Baltics and elsewhere, it was held in writing, with members submitting their voting ballots in advance.

“While there are far too many reasons for the year 2020 to be remembered as a demanding time across the Baltics and worldwide, with the support of its ever-growing member community the BICG was able to be as active as ever. New Latvian Corporate Governance Code, ownership policy for municipality-owned companies in Riga city and assistance to the Organisation for Economic Co-operation and Development in evaluating governance progress in Lithuanian SOEs were just a few of the many items we worked on in policy. And while for the first time ever we had to hold our education programs and other events partially or fully online, we were able to do so not only with our signature Board member education program, but also with a newly created program for corporate secretaries and education of civil servants, which remains unique across Europe”, says Rytis Ambrazevičius, President of the BICG.

Board elections were held as well, with Daiga Auziņa-Melalksne, Chair of the Management Board at Nasdaq Riga AS, being re-elected for a new tenure of 3 years and Kristjan Endrikson, General Counsel at Eesti Energia AS, joining as a new member of the Board.

A new member is stepping in as Priit Lepasepp, CEO and Founder of Sunly OÜ, stepped down after having completed his tenure.

“I want to thank Priit for his contribution in strengthening operations in Estonia, and it is very good to know that he remains on our team as an individual member of the BICG. At the same time, I would like to welcome Kristjan and a new perspective he brings”, says Lina Kapčinskienė, Chair of the Board of the BICG.

The AGM has also re-elected the Nomination Committee, with Aiga Ārste-Avotiņa, Managing Partner at Amrop Latvia; Nijolė Kelpšaitė, Managing Partner at J. Friisberg & Partners Lithuania; and Marja-Liisa Soone, Head of Legal and Compliance at Ridango, set to continue their work for another 1-year tenure.

More information about the BICG leadership can be found online here.

This website uses cookies to improve your experience while you navigate through the website. Out of these, the cookies that are categorized as necessary are stored on your browser as they are essential for the working of basic functionalities of the website. We also use third-party cookies that help us analyze and understand how you use this website. These cookies will be stored in your browser only with your consent. You also have the option to opt-out of these cookies. But opting out of some of these cookies may affect your browsing experience.
Necessary Always Enabled

Any cookies that may not be particularly necessary for the website to function and is used specifically to collect user personal data via analytics, ads, other embedded contents are termed as non-necessary cookies. It is mandatory to procure user consent prior to running these cookies on your website.